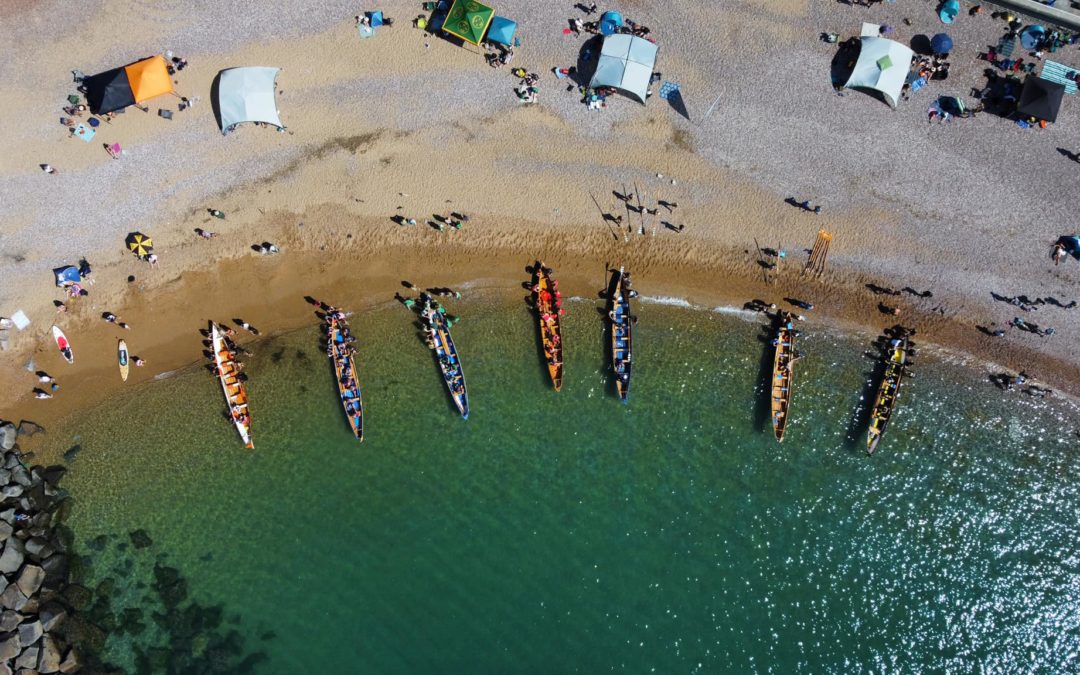 Saturday 16 July saw the welcome return of the BGRC Regatta to West Bay after an absence of four years; the last regatta being held in 2018. 2019 cancelled by the weather and the next two by the pandemic. This year teams had initially intended to race on 2 July, but weather prevented this going ahead; the club was delighted to find that most of the clubs originally invited were able to attend the new date.

We would like to express particular thanks to the Harbour Master and his team; without them the Regatta would not have been able to go ahead. They laid the course for us and operated the safety boats. Both of these are fundamental requirements. Our sincere thanks also to Gerhart who joined us with his rib, and Paul Crosby with his speed boat; to Allard Belijenberg who started the races with welcomed efficiency, and to Foxy from her spot on the esplanade for the announcements over the tannoy that kept us up to speed with what was happening on the water.

Tucked in behind the harbour wall on the Mound were two tents overflowing with helpers, customers, and the products of several hours of baking and sandwich making. Tea and coffee supplies ran smoothly all day; BBQ offerings hit the spot for many members of the rowing community as well as the general public. Thank you Linda Stevenson-Guy, Lucy Nightingale, Cara Jenkins, and Sue Skillend for pulling this all together. Thank you to all of the helpers who cooked and served, and without prompting, cheerfully ferried food, tables, chairs, and gazebos up and down the road from the Salt House. Fabulous. What a feast! 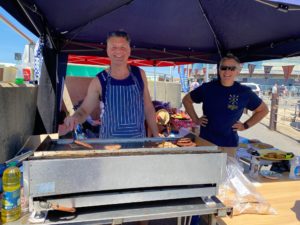 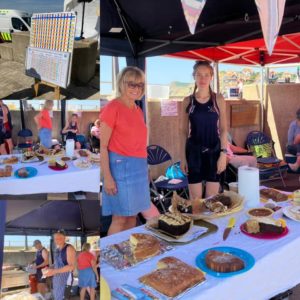 For some BGRC members this was their first experience of racing at a regatta; thank you for your hard work, we hope you are hooked! To be able to compete on home waters is special. Not only to row in the place we love, supported by so many other members of the club, but also to have the opportunity to explain our sport to visiting members of the public; all of whom curious to understand what was happening on the other side of the harbour wall.

The Junior squad impressed everyone with the speed with which they set off and developed a commanding lead over their competitors; who were left in no doubt that they had to dig deep to catch them up. This was the first ever race for the squad, and their first time out in a wooden boat. Each wooden gig boat is unique and different in a myriad of ways to the training gigs previously used. The majority of this young squad had only rowed about a dozen times; for one member it was only his seventh time rowing in a gig.

John Caswell, the BGRC Junior Co-ordinator said,  ‘It has been a real joy for me to see this group of young rowers enjoy themselves out on the water over the past 3 months, and I was so proud of the way they rowed and were competitive against much older and more experienced junior teams.’ 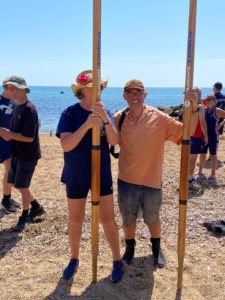 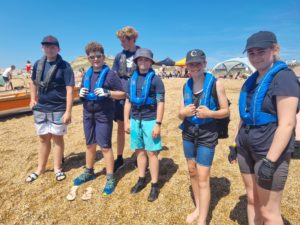 Our thanks also go out to the many members of the wider club rowing community who have helped out during the development of the junior team – assisting with the launching and retrieving boats, as well as providing both on-shore and in-boat support.

Despite being unable to hold onto the lead, the effort put in by this young squad was outstanding; their show of promise bodes well for the future of the BGRC Juniors in the Jurassic League and as a club we are immensely proud of them.  We look forward to cheering them on at Lyme Regis later in the year.

Congratulations to the BGRC Ladies Super vets Squad for their superb performance in taking the top spot (and medals) in their race; similarly, to the BGRC Men’s crew who took part into the combined C team race – no medals for their win, but it seemed that the prize of beer was well received! 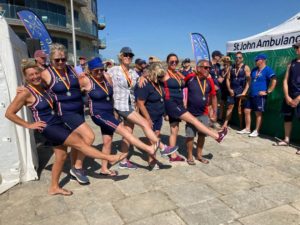 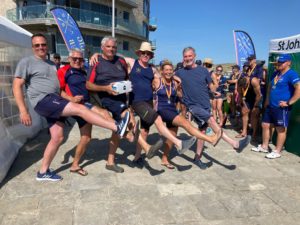 Thank you to all those members of the BGRC squad and management teams who put in the huge amount of work needed to make the Regatta such an enjoyable event – organising it all not once but twice; sterling effort. The prize giving announcements made by David Lohfink on the day, supported by his ‘glamorous assistant,’ Simon Binns, summed up the day perfectly. Good humoured, well delivered and perfectly timed. Comments made by the visiting clubs underlined how much they had enjoyed racing at West Bay.

Finally, our congratulations go to Langstone Pilot Gig Club who won the BGRC Regatta, coming first in five out of the nine races; an impressive result. It was a pleasure to race with you.

Swanage took second place with Bridport (BGRC) in third; the same positions these two clubs hold in the Jurassic League.

Langstone currently lead the 2022 Jurassic League by eight points from Swanage, with Bridport ten points behind, with two point scoring regattas remaining in the season – Langstone and Lyme Regis.

Good Luck to all those taking part. 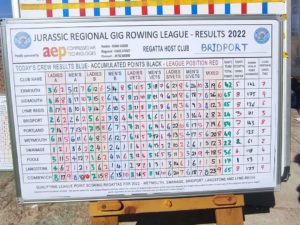 A flavour of the day! 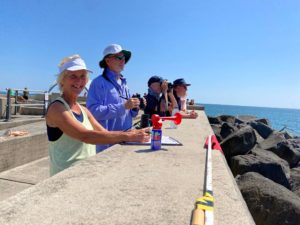 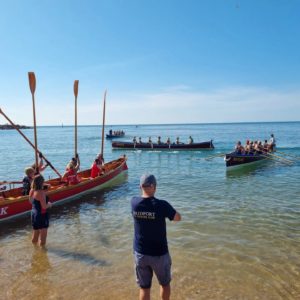 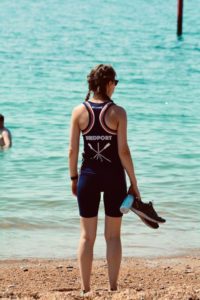 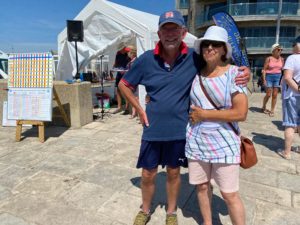 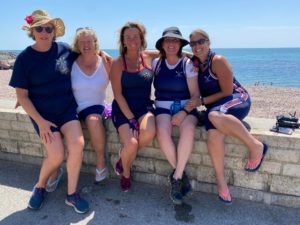 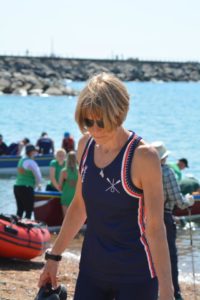 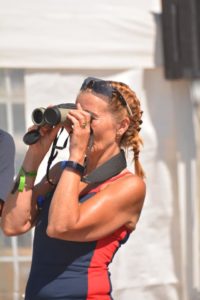 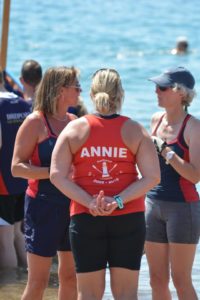 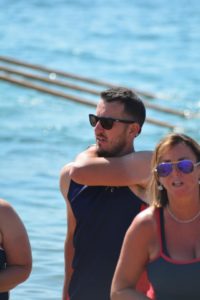