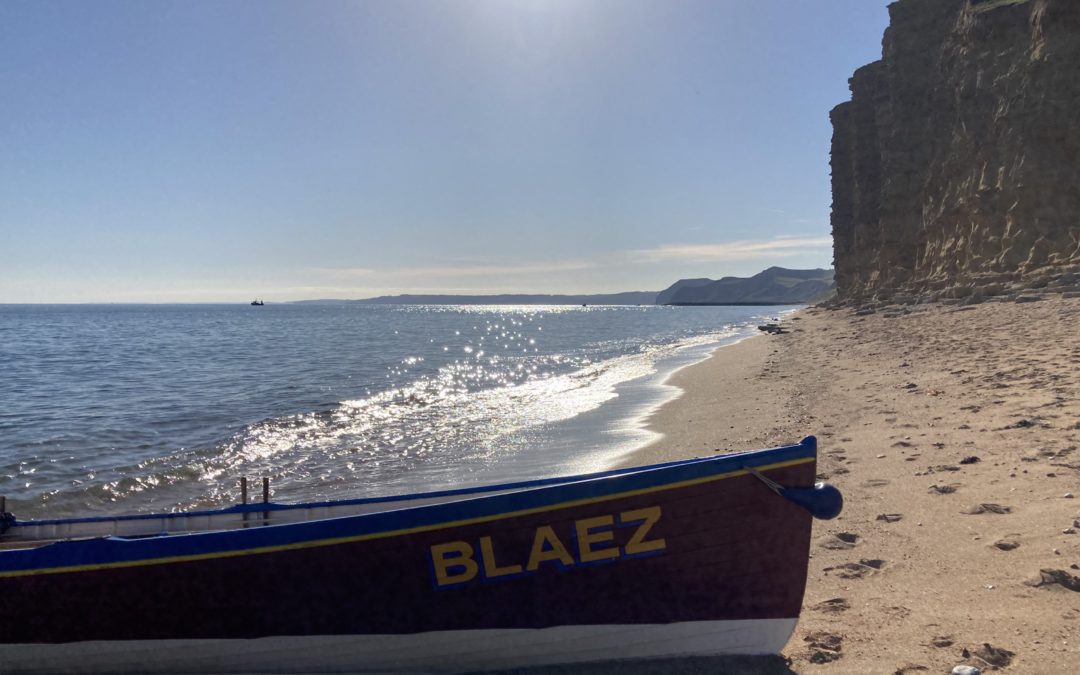 BAROMETER SET FAIR FOR A RETURN TO RACING AT WEST BAY

Following the cancellation of the regatta at West Bay on 2 July due to the weather, again, we are delighted to announce that the racing at West Bay has been rescheduled for this Saturday – 16 July.

The races start at 1000 – teams are attending from Bridport, Exmouth, Langstone, Poole, Portland, Swanage, and Weymouth. Clubs will be arriving in West Bay from 0800.

The course is 2.3k long and includes navigating 3 buoys. The start and finish line will be visible off West Pier. The Cornish Pilot Gig Boats taking part will be changing teams, and, raising their oars from the pontoons in the outer harbour. So, there will be a lot to see for those supporting us from the land. Last Sunday morning three of the BGRC boats found themselves being spectacularly entertained by two pods of dolphins busy fishing with their young along the coastline just beyond the harbour. We are keeping our fingers crossed that the weather and the dolphins will decide to favour us on Saturday.

Thank you to all of the organisers who are putting in a sterling effort with the course, the BBQ, sandwiches and cakes etc in anticipation of a great day of racing! The hard work of all the club members involved is very much appreciated.

Following recent changes to the system it is worth noting that not every regatta features races that score points towards the medals in the Jurassic League – Bridport is one that does. Hot on the heels of Swanage having to abandon its regatta on 18 June half-way through due to high winds, the clubs taking part are keen to use this opportunity to make their mark.

Good luck to the BGRC teams. Please come along and enjoy the activities even if you are not in a boat.